Hamid-Reza Mansoori, a member of the Iranian Parliament’s Committee on Industry and Mines, visited various units of the Iranian Anti-Tobacco Association (IATA) and had a meeting with the chairman of IATA’s Board of Directors, the Secretary-General, and other officials of IATA.

The meeting was attended by Hujjat-al-Islam Seyed-Hassan Mo’in-Shirazi, the chairman of the Board of Directors, Mohammad-Reza Masjedi, the Secretary-General, the Executive Director, the Parliamentary Representative of IATA, as well as Mr. Rostamiyan, the Social Deputy of Tehran University of Medical Sciences and the former Deputy of the Health Committee in the Iranian Parliament, and Mr. Hamid Sa’adat, a former representative in Parliament for Najaf-Abad, Isfahan.

In this meeting, speaking critically of the improper implementation of the tobacco tax law, Dr. Masjedi emphasized the cooperation of all Parliamentarians and the Parliament Research Center with the Iranian Anti-Tobacco Association. The Secretary-General of IATA called for creating a parliamentary fraction regarding fighting tobacco. He said, “We have been sanctioned in all areas except for cigarettes… despite the slogan of ‘Down with USA’, American and English tobacco factories are still active in the country, and they are also exempt from tax.”

Referring to the allocation of $ 16 million in government currency for tobacco imports, he added, “If the government implements tobacco tax law properly, it will earn 20 trillion Tomans annually, twice as much as allocated budget to the field of health.”

Also, IATA’s Executive Director, while describing the activities of this NGO, called for the cancellation of the Parliament’s inquiry on the removal of the name of hookah lounges from the list of public places.

During the meeting, Mr. Mansoori, the representative of Saveh County in the Parliament, announced the readiness of the parliamentarians for cooperation with this NGO and pointed out that tobacco smoking is one of the main roots of evil and also, a gateway to addiction. According to him, the tobacco mafia is not a regular smuggling, but rather a very widespread corruption that requires the full cooperation of governmental and nongovernmental organizations to eliminate it. In addition to referring to the obvious corruption in the smuggling of tobacco, he argued that the country’s tax system has faced great difficulties. At the end, he stressed the need to enforce tax laws in the country.

With the goal of protecting people's health, parliamentarians should not support tobacco companies 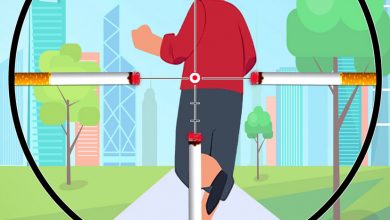